We are thrilled to announce our latest performances across our BSA courses.

We have two second year Extened Diploma shows by our Yr 2 Actors, Welcome to Thebes, directed by Aaron Parsons and I & The Village, directed by Anne Musisi, both being performed at the Performance Space at CYN.

Attempts on Her Life, directed by Kalungi Ssebandeke, will be performed at Tobacco Factory Theatres by our graduating Stage and Screen students in March.

Followed by Emerge, our student choreography evening from the BSA Dance course.

Tickets for all shows can be found below. 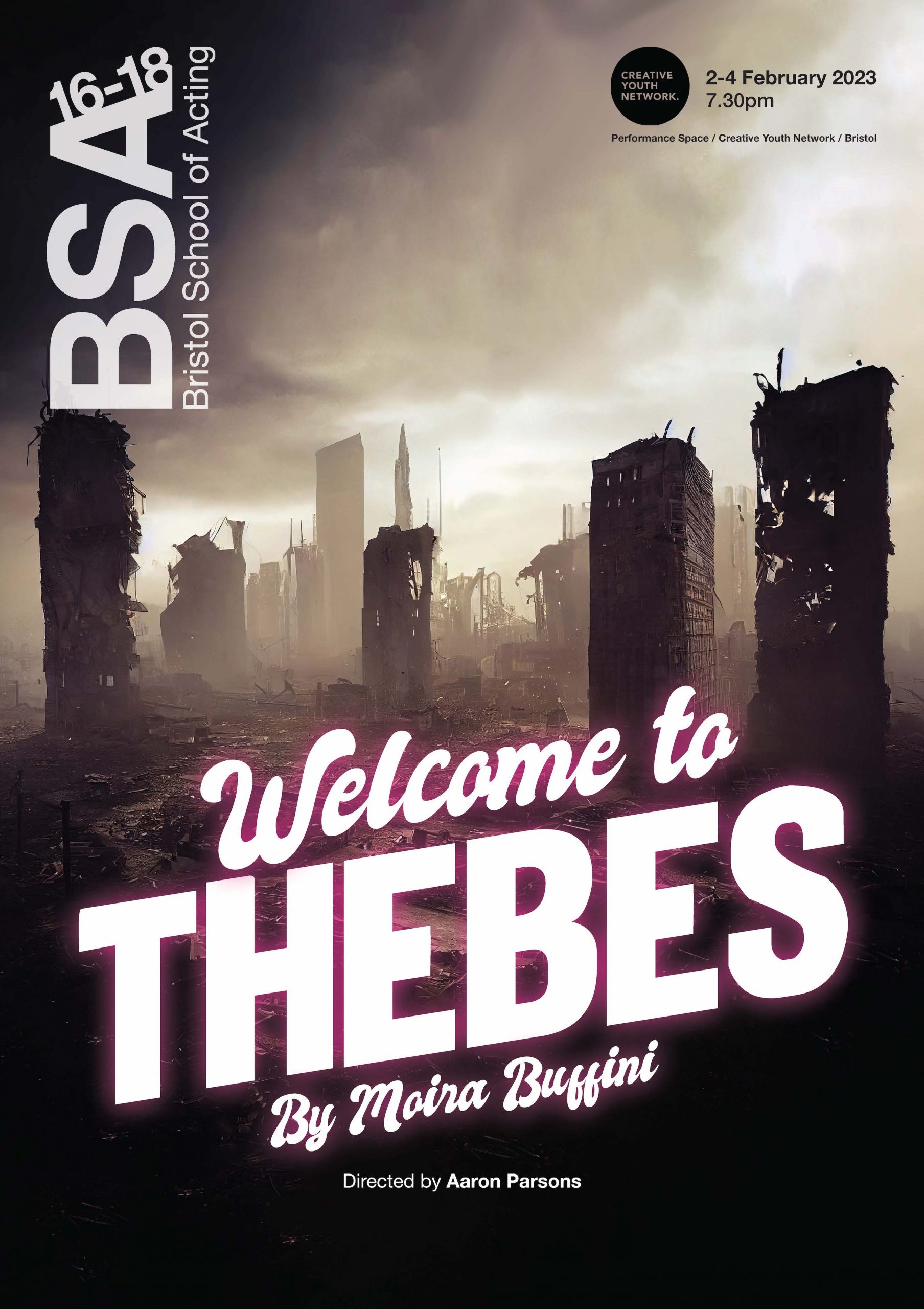 Welcome to Thebes by Moira Buffini

He put this gun into my hand and made me human once again. Faced with an impoverished population, a shattered infrastructure and a volatile army, the first democratic president of Thebes, Eurydice, promises peace to her nation.
Without the aid of Theseus, the leader of the vastly wealthy state of Athens, she doesn’t stand a chance. But Theseus is arrogant, mercurial and motivated by profit. A swaggering opposition circles, impatient for insurrection. The body of the former dictator lies unburied. Set in the present day but inspired by ancient myth, Welcome to Thebes offers a passionate exploration of an encounter between the world’s richest and the world’s poorest countries in the aftermath of a brutal war. 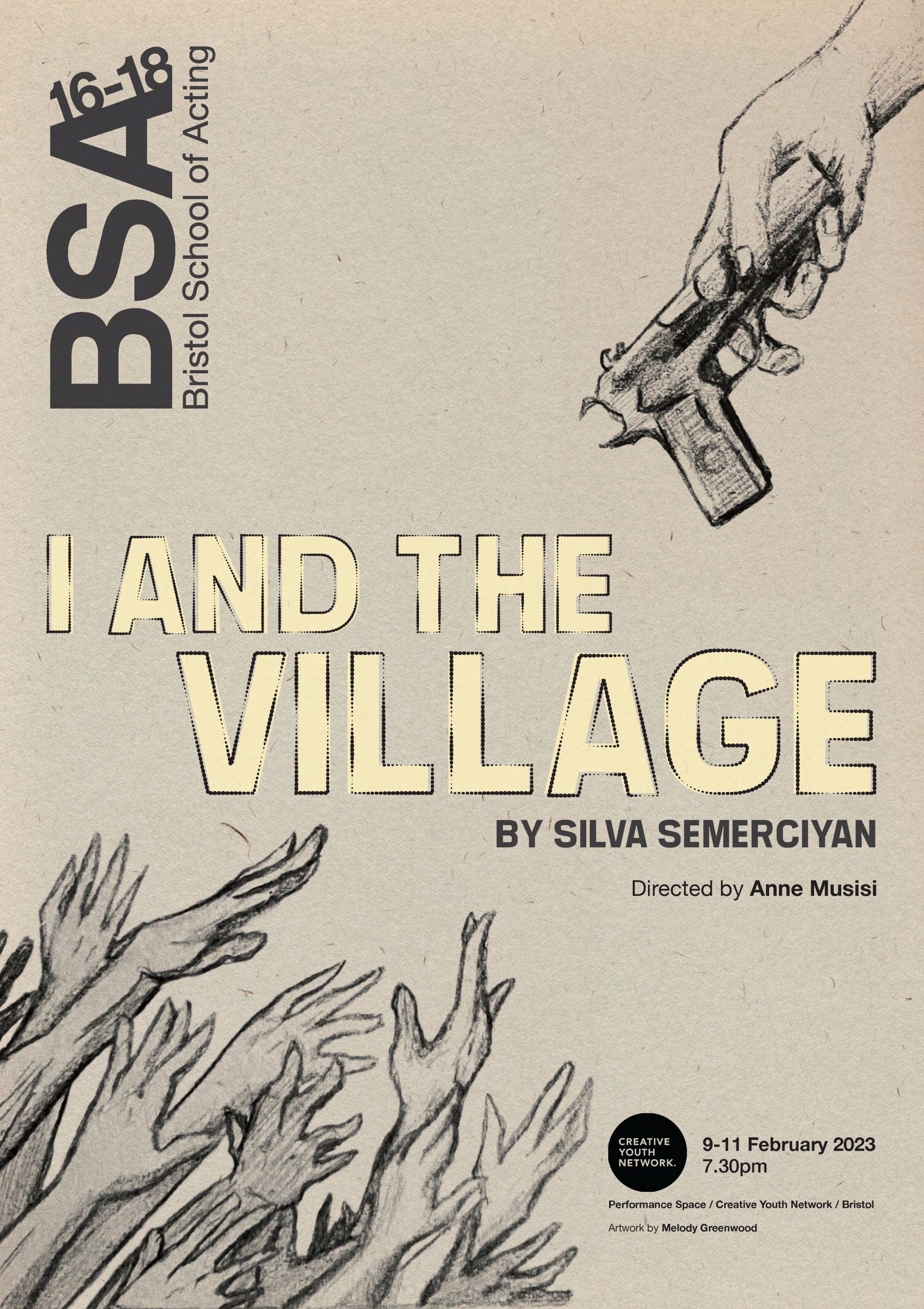 I & the Village by Silva Semerciyan

Summer in small-town America. Aimee Stright wants to be Banksy in a town that hates vandals. As outsiders investigate what happened on the day she walked into a church with a gun, it seems Aimee is one against the world and the world wants to know why.

Shortlisted for the Bruntwood Playwriting Prize, I And The Village is a coming-of-age story that asks pointed questions about conformity, dissent and America’s devotion to guns.

‘It’s that rarest of things – a genuinely emotionally engaging dilemma play, blooming into a funny, full-hearted exploration of cultural relativism, moral absolutes and the plurality of womanhood.’ — The Stage on ‘Gather Ye Rosebuds’

Attempts on Her Life by Martin Crimp

Attempts on Her Life is performed by graduating students of BA (hons) Stage and Screen students.

Written in 1997, Martin Crimp’s lurid, shocking and at times hilarious skewering of the traditional ‘play’ dives headlong into a deep pool of modern preoccupations: pornography, violence, sex, death, art, the media and more.

Riven with anger and passion, Crimp conjures 17 stirring fragments of loosely interconnected story, that offer up several different perspectives on the life of ‘Anne’, our amorphous, shape-shifting protagonist and her struggle – perhaps our struggle – to carve out her own identity in the modern world.

Having been translated into 20 different languages and performed worldwide, Attempts on Her Life is considered a modern masterpiece, a landmark text that tears up the theatrical rulebook and sets fire to the scraps.

Emerge – An evening of Student Choreography.

The Yr2 BSA Dance students have been working hard over the past 1.5yrs building their dance skills in different techniques, styles and choreography. This is their moment to show and share and put their dance pieces in the spotlight! Each is individual and unique testing their skills. Come and enjoy this evening of dance and support the next generation.